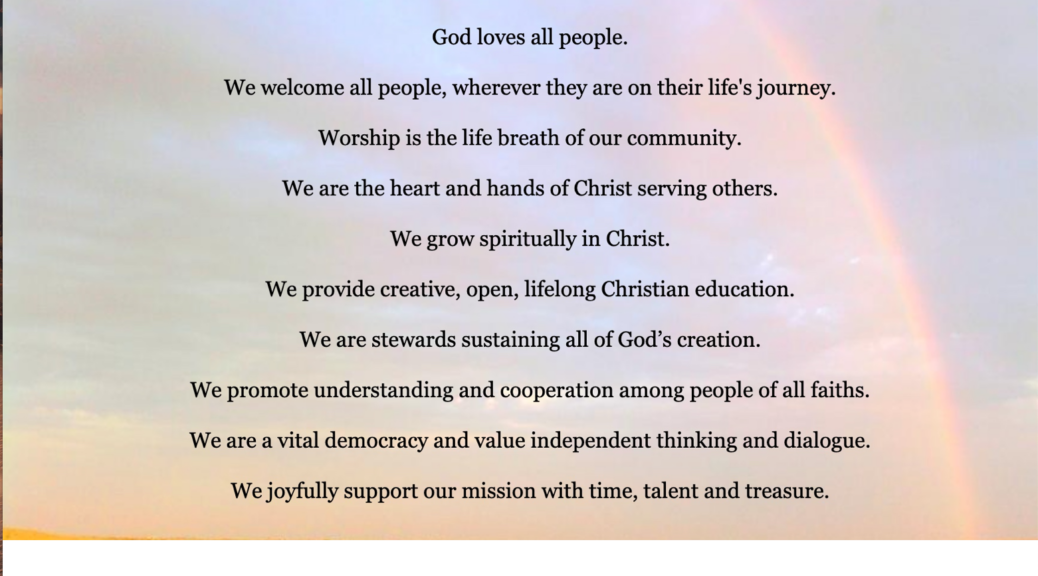 On November 3, 1963, the first worship service of The Community Church of the Monterey Peninsula was held at the Golden Bough Theatre in Carmel led by Dr. Ronald J. Menmuir. ​​ The church was formally​​ organized on November 22, 1963​​ with 200 charter members. ​​ Dr. Charles Pearson was elected President of the Board of Governors.

During the early years services were held at the Hacienda Carmel, Nix Ballet Academy, and​​ at​​ River School. ​​ The first permanent minister, The Rev. Burkert Cree served until 1969.

In 1965 the present five acres was purchased from the Hatton estate. ​​ An architect was retained to build Woodhull Hall and the Office building. ​​ Ground was broken in 1965. ​​ The buildings were first used on Easter Sunday 1967.  ​​​​ The Reverend Howard E. Bull became our minister on July 16, 1970.

Independent and United Church of Christ